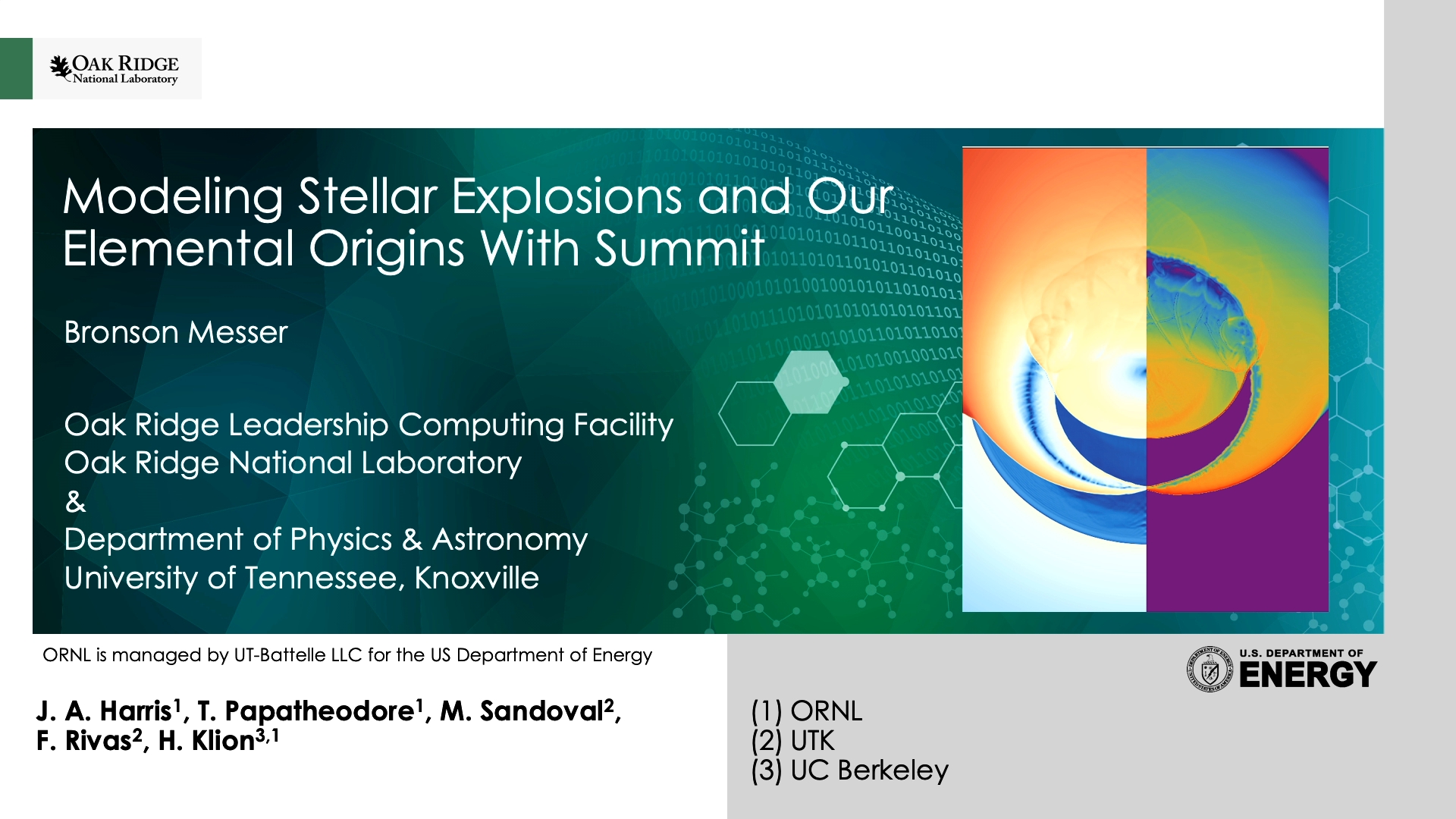 Bronson Messer(ORNL)
After the Big Bang, the Universe contained hydrogen, helium, and a bit of lithium. Every other element on the periodic table is produced in stars and is disseminated into interstellar space via supernova explosions. Simulations of supernovae are among the most compute-intensive multi-physics applications on the world's largest modern supercomputers. We will discuss recent development of the FLASH code intended to make these simulations even more physically meaningful. In particular, well describe how our work on FLASH, as part of the OLCF CAAR program, allowed us to increase the number of tracked nuclear species from about a dozen to hundreds, making precision predictions that can be compared to observations possible.