Ray tracing is a rendering technique that can realistically simulate the lighting of a scene and its objects by rendering physically accurate reflections, refractions, shadows, and indirect lighting. Ray tracing generates computer graphics images by tracing the path of light from the view camera (which determines your view into the scene), through the 2D viewing plane (pixel plane), out into the 3D scene, and back to the light sources. As it traverses the scene, the light may reflect from one object to another (causing reflections), be blocked by objects (causing shadows), or pass through transparent or semi-transparent objects (causing refractions). All of these interactions are combined to produce the final color and illumination of a pixel that is then displayed on the screen. This reverse tracing process of eye/camera to light source is chosen because it is far more efficient than tracing all light rays emitted from light sources in multiple directions.

Another way to think of ray tracing is to look around you, right now. The objects you’re seeing are illuminated by beams of light. Now turn that around and follow the path of those beams backwards from your eye to the objects that light interacts with. That’s ray tracing.

The primary application of ray tracing is in computer graphics, both non-real-time (film and television) and real-time (video games). Other applications include those in architecture, engineering, and lighting design. 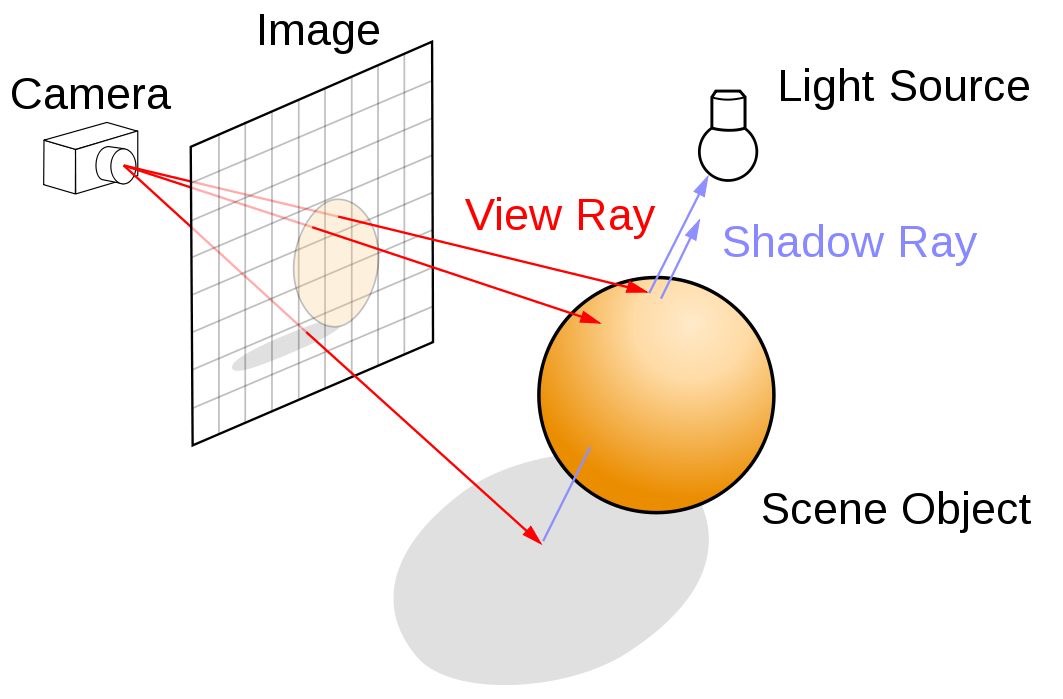 Ray Tracing is a very computationally intensive technique. Movie makers have traditionally relied on vast numbers of CPU based render farms that still can take multiple days to render complex special effects. GPUs can render realistic movie-quality ray traced scenes exponentially faster than CPUs but were limited by the amount of onboard memory which determines how complex a scene could be rendered. Turing adds Tensor Cores for artificial intelligence acceleration providing real-time denoising which drastically reduce the amount of rays needing to be cast as well as RT Cores that accelerate BVH traversal, the most time consuming part of the ray tracing calculations. These hardware advancements paired with powerful software APIs that make up the NVIDIA RTX platform make real-time ray tracing possible in game engines and digital content creation applications.