Capturing and Sharing the Art of Games 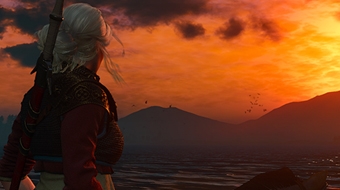 This year at GDC we are announcing two features that allow gamers to share their experiences. The Ansel SDK enables in-game photography, letting players create beautiful art directly from your game. ShadowPlay Highlights automatically captures their greatest gaming moments and then makes it easy to share them through the GeForce Experience in-game overlay.

Ansel has been available to Unreal and Unity developers as a plugin for a few months, but now we are releasing the Ansel SDK with source code so developers everywhere can add in-game photography to their titles. In addition, we announced at GDC that Ansel support is coming soon to Lumberyard, making Ansel even more accessible to games based on Amazon’s engine.

Most recently Ansel support was added to Paragon from Epic Games and For Honor from Ubisoft.

Learn more about Ansel in For Honor here.

ShadowPlay is NVIDIA’s video encoding system. ShadowPlay Highlights lets the developer select segments of gameplay for sharing. This means you can make it easy for your users to capture and share their most exciting experiences from your game.

Learn more and sign up for availability notification here.

This feature debuts in Lawbreakers from Boss Key Productions. Check out the video below: