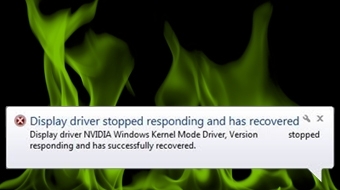 It’s only been a short while since we first released Aftermath to the public; and since then, Aftermath has helped approximately 1000 developers world-wide debug GPU crashes in their applications, on both, DirectX 11 and DirectX 12. Already, Aftermath has successfully shipped in dozens of games, and is being used by developers to gain more insight into why their applications are crashing in the wild – something previously impossible (in fact, any insight what so ever was previously impossible).

Given the positive response we’ve had from the GeForce developer community, we’ve been hard at work coming up with ways to improve Aftermath, and ways to get more back from the GPU after it has crashed. Enter Aftermath 1.3.

The full release notes are available below – but here are the highlights:

Stay tuned for future updates, there’s more to come yet from the v1.3 release cycle!

Get the latest Aftermath here